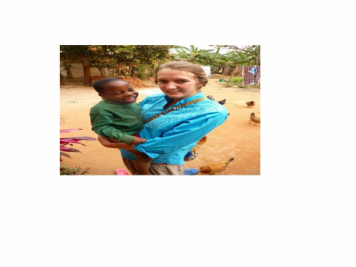 worked as a volunteer physiotherapist at the Amani Centre in the summer of 2010.  This was an amazing experience that I would recommend to any student or post graduate physiotherapist.  Through this opportunity I was able to work under the mentorship of a senior physiotherapist in treating a wide variety of children with Cerebral Palsy in a clinic setting and in the community.  I met lots of amazing people, learned a huge amount about the culture of Morogoro and Tanzania, and made friendships that I will keep for life.  I feel that this experience not only developed my physiotherapy skills but developed me as a person and I am grateful for the opportunity that the Amani Centre provided. 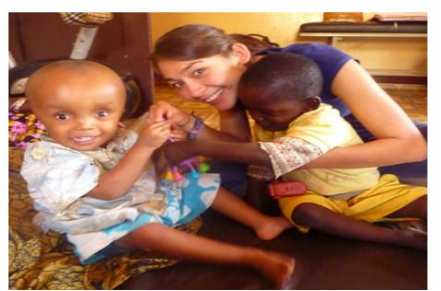 volunteered at the Amani centre in 2010 following the completion of my Physiotherapy BSc. During my time at Amani, I assisted the resident physiotherapist team in providing much needed physiotherapy to children with cerebral palsy at both the onsite clinic and out in the community. I found it was a fantastic experience in that I met many truly inspirational people as well as learning about an amazing culture and being part of a humbling community. It also provided me with the opportunity to further enhance a lot of key skills that I still use in my career to date. Volunteering at the Amani centre is an amazing experience that I would recommend to everyone. 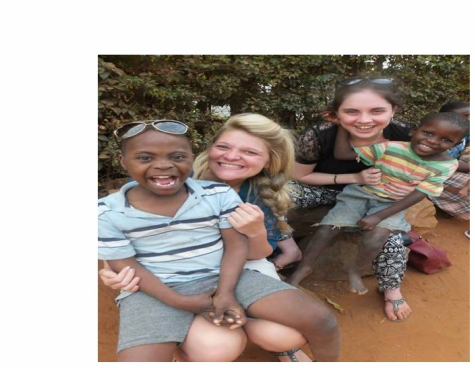 Hi, my name is Grace Burgess and I volunteered at the Amani Centre in 2011. I was helping in the day care, and myself along with another volunteer Bryony would teach a small group of the students as well as helping with the lower ability children. I was only there for 6 months but I felt like part of the Amani family. Every day we were greeted by the children with huge smiles on their faces and endless hugs. Sometimes, it could be challenging trying to find activities that the children would really benefit from, but we soon learned that singing, dancing and the parachute game were things that all the students loved doing together. Myself and Bryony decided to hold an Amani Awareness Show before we left. We spent a couple of months preparing with the children and the teachers, learning songs and dances. Konstansia, the teacher in daycare, using her incredible talent for drama, put together a play with the children. The day we held the show is something I will never forget, the children performed fearlessly to an audience of over a hundred peopl3, who came from all over Morogoro. 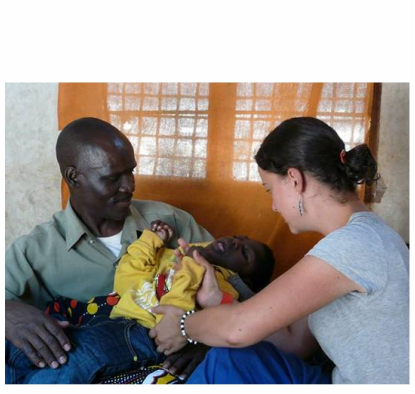 I began in the Day Care centre – assisting the teachers with teaching the children basic self-care skills, as well as language, maths and social skills. Living at the centre means you become part of the Amani Community and you can join in with all their activities – cooking, farming and I even taught the youth at the centre English in the evenings.

I returned in 2010 to complete a mosquito net distribution and, after qualifying in Occupational Therapy, I returned in 2013 once again to help in the therapy department – conducting home visits in rural areas and providing therapy to the children who come for outpatient therapy.

Now that I have settled back in England, I continue to help the centre as I have now become a trustee of the Friends of Amani Tanzania (FOAT) – an English charity which supports the Amani Centre.  Volunteering at Amani has been the most fantastic experience – I have made lifelong friends and I can’t wait to make a return visit once again in 2015. 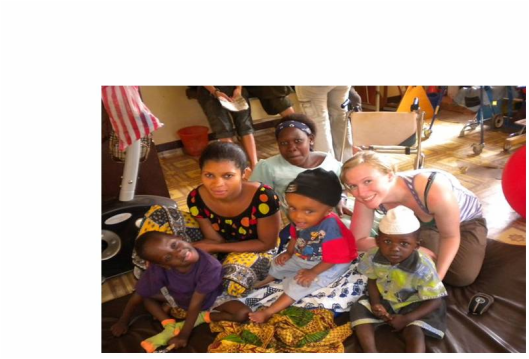 volunteered for 4 months in 2010 in the Daycare centre with children with learning disabilities! What was lovely was that you stayed in the community centre itself so you become part of the Amani community and you can talk to the young women who help out as well as see the day’s activity right from the beginning of the day.